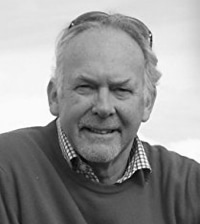 Nick Owen is a consultant with an international reputation whose work has been acclaimed across a variety of contexts: corporate organisations, education, the professions and the arts. Drawing on a rich and diverse background as writer, theatre director, actor, storyteller, coach, facilitator, and company director, he is known for his creative and alternative ways of exploring some of the key issues that affect individual and organisational success, innovation, and transformation.

In addition, he is a Senior GLP Assessor and as such, part of the team that supervises and trains GLA’s trainees. Nick is also a member of GLA’s Certification team (mentoring those who wish to become certified in using the GLP for their own clients) as well as facilitating vertical development workshops and programmes.