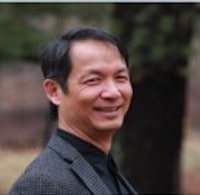 Leng coaches on a broad range of topics—from teamwork to leadership succession to merging strategic vision/execution with legacy and personal power. His approach is to help you increase your awareness of your own psychology, belief system, personal power and capabilities.

His first job saw him as a corporal in the Singapore military, where he learned what sticking up for one another means. His second job was at Princeton leading mountaineering expeditions, where he learned about increasing teamwork through good cooking. His third job was an Episcopal priest in Los Angeles where he learned to empathize with any and everybody. Leng’s fourth job after Harvard Business School was a management consultant, where he learned he disliked doing spreadsheets – and how important they are! Thereafter for the last 16 years, he has coached globally with leaders from mid to C-suite, helping them to become excellent.

His approach is to first build trust. Sometimes, he coaches, helping you to come up with your own insights and actions. But sometimes, he will also be a trusted advisor, offering his counsel and feedback, based on having coached hundreds of executives. He supports you to have open mind, open heart and open will. He can be affectionate and warm; and he can also be direct.

He has coached senior executives at leading companies such as Prudential Group, PricewaterhouseCoopers, Rockwell Automation, and in INSEAD’s Executive Education programs in Singapore and France. He co-founded a leadership program for Southeast Asian and American youth in 2002; and until recently, was a board member of Prime Produce, a 21st century entrepreneurial guild in New York City. He lives in New York, Singapore….and on United Airlines!